R nait Real name is Nait Ram Sharma. By Profession, He is Singer, Song Writer, Music Producer. R nait Born on 15 August 1989. He is 30 Years Old. His Date of Place and HomeTown is Dharpura (A Village in Mansa, Punjab). His Net Worth is estimated above 4 Crore.

Due to Work, He has to go to Mohali. That’s why he bought a Flat in Mohali too.

These are original Social Media Profiles. Mainly R nait is More active on Instagram and Tiktok

R nait Father’s name is Satpal Sharma. His Mother Name is Guddi Rani. He has one Sibling. His name is Ravi Sharma. By Religion R nait is Hindu and Caste is Pandit.

R nait was cute while he was in studying in school.

In starting of his career his father does not support him for singing. He goes to shows of other singers and sung the song before other singers. He also sang in Mata da jagrata. Soon his father sees his passion for singing and starts supporting him.

His father also sells Property to get some money so R nait can release songs.

R nait like singing from Childhood. He Participates in function while he is studying in school School. In the starting R nait struggles a lot.

His original which is Nait Ram Sharma But one day his team thinking about his name. They thought it should be interesting. Nait Ram looks like the name of an old man. So they change it to R nait.

R nait is one of the most hard-working person in the Punjabi Music Industry. You can Notice his work in his songs. His first song lancer-2 performs average. But in recent years R nait releases Song like Tera pind, Dafulter, Dabda Kithe a, Struggle, Lootera. His song Dabda Kithe was a super hit song. It gives him the fame that he deserves.

R nait also sang songs with other singers like Sidhu Moose Wala, Afsana Khan, Gurlej Akhtar, and Labh Heera. As I told you above R nait writes song only for himself. In a recent interview, he answered that question He will definitely write a song for another person if another the singer can represent it good enough. Writing an average song to everyone for money that is not my identity.

His song Defaulter has inspired from his life True events. In an interview, he shared that while writing this song his situation was a like defaulter. He also said in a live show that some people threatened him about Attack.

Song Poison which he did the Sidhu Moose Wala actually written by both singers but composed by R nait. He shared his upcoming songs through Instagram. So you follow if you want to know more about him.

His song 2800 when he sings in live show. People love that song so he decided To Release it.

In an interview on 9x Tashan When asked about R nait income he said that it does not matter As an artist you can say whatever you want to say. But He is a famous singer and he uploads pics of his live shows Which gives us estimation that his net worth should be above 4 Crore INR.

Nait ram is from Dharmpura but He usually lives in Mohali because of his work. Here are some Songs of R nait 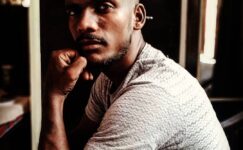 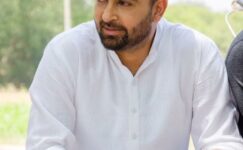 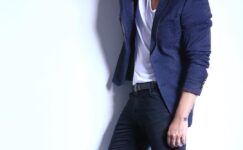 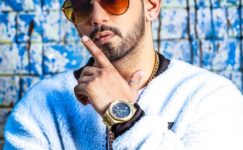 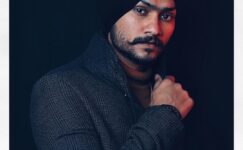